The initialisation of the weights in word2vec is not what I expected.

The range of interval from which the syn0 weights are sampled was chosen depends on the rank. I had presumed that this was to account for the dependency of the distribution of the dot product (and in particular the L2-norm) on the rank. However, estimating these distributions empirically, this doesn’t seem to be the case: 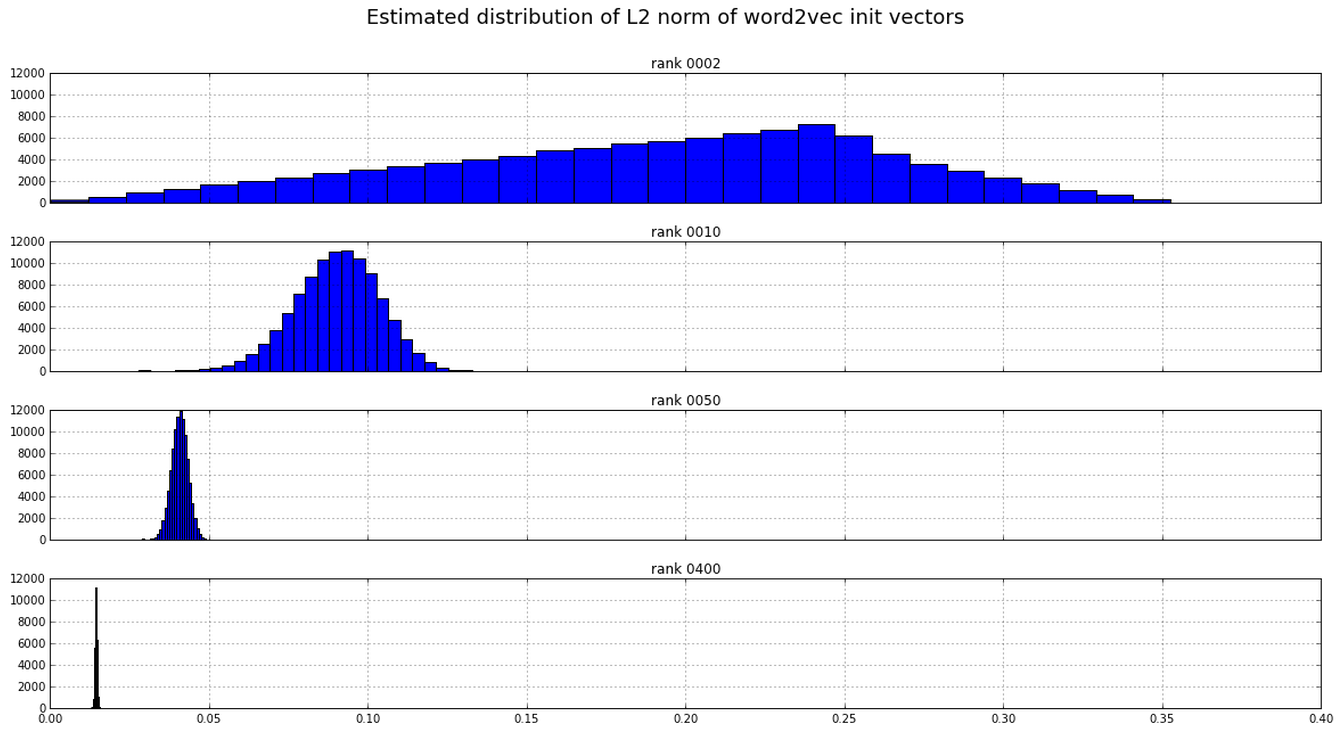 According to Mikolov (in a helpful response in the word2vec google group), the initialisation of the weights was chosen empirically, since it seemed to work well.